During the restoration of a picture from St. Lawrence’s Church in Těrlicko-Kostelec, a unique late Gothic panel painting was revealed. This discovery substantially improves the knowledge of the art of that period in the Czech territory. The restoration concept was also unique: two independent items were created out of a single artwork.

The revered painting of Virgin Mary and Baby Jesus from St. Lawrence’s Church in Těrlicko-Kostelec was initially dated to the 17th century, as the painting was fitted with younger elements – an embroidery and paper and metallic accessories. Also, small votive gifts adorned the picture. Due to poor technical conditions, the restoration of the picture and accessories started. But then, once the accessories were stripped, it became apparent that the picture was painted over in several layers. Detailed survey followed, to prove that under the layers of paint, the original high-quality layer of late Gothic tempera painting was preserved on the wooden plate, dated about 1500, probably made by a painter associated with Breslau-based painter and woodcarver Jakob Beinhart.

Once the accessories were stripped, it was necessary to change the restoration concept and the presentation. Especially due to poor conditions of the wooden plate and the way the accessories were fitted (by a large quantity of tiny nails hammered directly to the Gothic plate), it was decided that the restoration will take place in two stages – the late Gothic painting would be restored, and the copy of the votive picture from the 19th century would be made, fitted with original accessories. In four years (2015–2018), two pictures were made of a single artwork. The main task of the restorers was to strengthen the heavily damaged wooden plate with the Gothic painting; it was demanding in terms of both time and technology. Once the younger layers and the gilding were stripped from the whole picture, the Gothic painting was restored. On the edges of the painting, the original hallmarks were preserved, which indicates that the format of the late Gothic picture hasn’t changed, and the composition is original. The painting will be exhibited in St. Wenceslas Church in Ostrava until the end of October 2019. 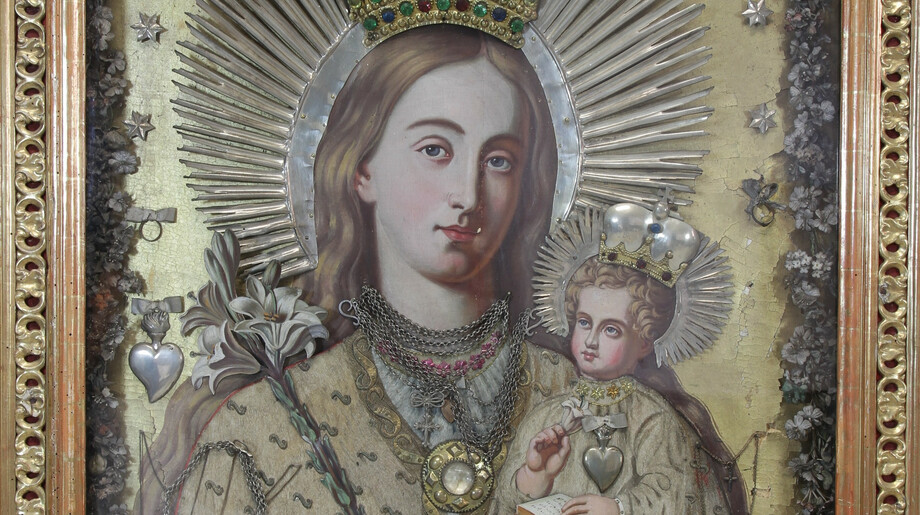 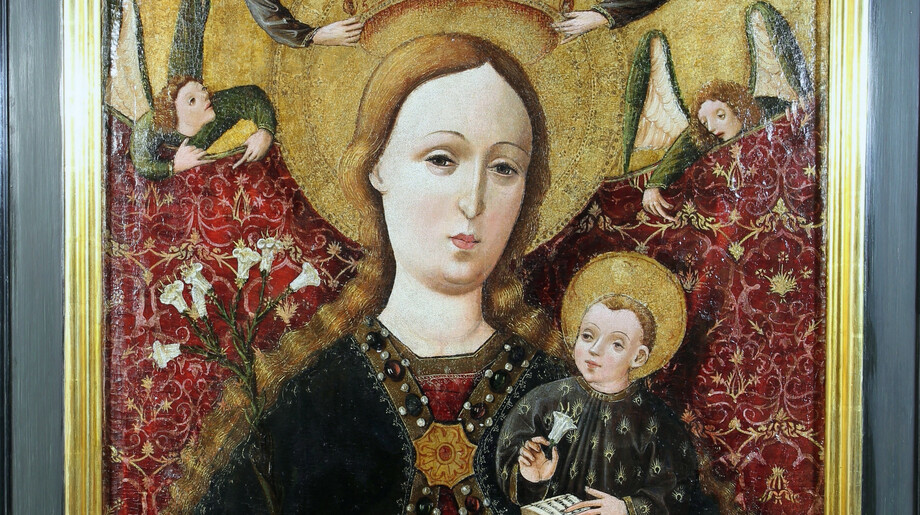 Modern age fabric, paper and metallic accessories had to be placed on a new board – a copy of the medieval wooden plate, with the 19th century painting on it. Once assembled and framed, this picture was returned to the church in Těrlicko-Kostelec.

The knowledge of late Gothic art in the territory of the Czech Republic is rather sparse. Therefore, the discovery of the Madonna of Těrlicko is very important, not only in terms of the heritage care but also for the purposes of art history.

Nominated for the Moravskoslezský Region by the regional center of the National Heritage Institute in Ostrava.

The Roman Catholic Parish of Těrlicko (as the owner) and restorer Romana Balcarová with her team were nominated for the National Heritage Institute Prize, category: Discovery, finding of the year.